Co-sponsors Champion Women and the Duke Center for Sports Law & Policy have announced the official launch of the Women’s Sports Policy Working Group, which will “protect girls’ and women’s sports and accommodate transgender athletes.” 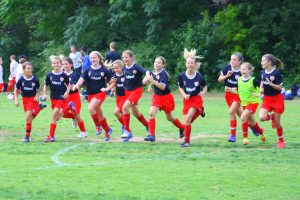 Right out of the gate, the Group has created a briefing book, titled A Request to Congress and the Administration to Preserve Girls’ and Women’s Sport & Accommodate Transgender Athletes, which examines the issue and provides science-based, ethical recommendations for policymakers.

The Group issued the following statement:

“The uncompromising vitriol in public conversations regarding the participation of transgender girls and women in girls’ and women’s sports is unacceptable. One side insists that transgender girls are ‘boys’ and seeks to ban them without regard to their physical sex-linked traits.

Ten states have passed such laws and there are three federal bills proposing the same. The other side insists that transgender girls are ‘girls, period’ and seeks their full and unconditional inclusion, again without regard to their physical sex-linked traits. Seventeen states have adopted this approach and the Biden Administration has suggested that it may be considering doing the same.

All girls, whether they are transgender or not, have a place within a fair, safe and respectful women’s sports environment. We ask the Biden Administration and Congress to reject ‘either/or’ positions and instead to adopt an ethical, science-based approach to the protection of girls’ and women’s sport.”