Activist Group Calls on NCAA to Clean up Its ‘Trash’

Activist Group Calls on NCAA to Clean up Its ‘Trash’ 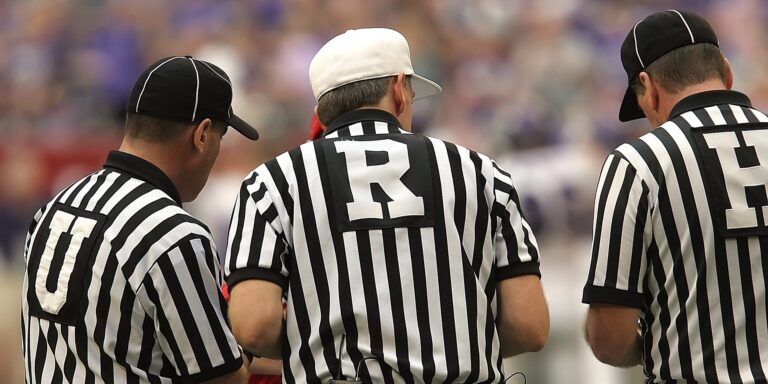 The Drake Group, a national organization of college faculty and others, whose mission “is to defend educational integrity in college sports, warns that unless immediate action is taken, the continued abuse of athletes will stain the college sports industry, bring endless legal action, and most importantly, damage the future well-being of young women and men.”

In a press release, the NCAA cited November 17, 2020 as a day when Gregg Marshall, a successful head men’s basketball coach at Wichita State University, resigned after an investigation of alleged verbal and physical player abuse. “Marshall was accused of punching and choking both players and assistants, yet he was paid

$7.75 million dollars to quietly go away. In recent years, the landscape of college sports is splattered with examples of abusive coaches, including most recently:

·    The bullying, derogatory name-calling and intimidation of University of Nebraska softball players by Rhonda Revelle.

Despite repeated internal investigations that have found systemic issues like abusive cultures and toxic environments, the NCAA and its Board of Directors refuse to require corrective measures to protect the well-being of college athletes and to hold coaches accountable for verbal, physical and/or emotional abuse. They simply pass the trash to offending institutions to clean their mess. And the cycle repeats and crops up at institution after institution—in women’s and men’s teams, with no sport immune.

In 2016, The Drake Group authored a detailed position statement titled “Athletics’ Role in Governance and Institutional Responsibilities Related to Professional Coaching Conduct.” The position statement explains many of the causes of athlete physical and mental abuse and the elevated risk levels from social media for college presidents and athletic programs. It also outlines a role for athletic governing bodies for supervising the behavior of its employees to ensure the safety of athletes.

Current NCAA rules do not (1) prohibit harmful instructional practices by coaches, (2) require members to adhere to model practices and policies recommended by medical authorities, or (3) treat the failure to provide preventive, predictive, or baseline medical testing. Instead, the NCAA chooses to dither on taking full responsibility (and liability) to member institutions to the detriment of athletes, who would benefit from higher standards for institutional safeguards. For example, although the NCAA annually publishes the NCAA Sports Medicine Handbook detailing the most up-to-date medical and safety policies and procedures, it only recommends rather than requires member institutions to conform to such practices. The Drake Group considers such failures to be a major dereliction of duty by a national athletics governance association. Given that NCAA was established in 1905 to address football deaths and other safety concerns, this governance failure is confounding.

The demands for athlete human rights must not abate until the coaching profession reigns in the conduct of abuse in all its forms. In summary, (1) existing higher education codes of ethics and conduct with regard to professional behavior are insufficient to address coaching misconduct and are not currently being applied to coaches; they are also unlikely to be applied in the future absent public exposure of video or audio evidence of the most objectionable behavior; (2) many institutions are not providing college athletes with necessary mental and physical health and well-being protections, and in many cases are allowing athletes to be subjected to intimidating and hostile educational environments; and (3) the power differential between coaches and athletes so great as to preclude use of existing complaint processes.

To vanquish potential hostile athletic environments, The Drake Group recommends the adoption of the following specific requirements by the NCAA:

1.  Athletic department employees should be designated as mandatory reporters requiring that if they observe violations of the Code, and fail to report, they are subject to disciplinary penalties.

2.  Whistleblower protection should be provided to any athlete or athletic department employee submitting a complaint or alleging coaching misconduct.  Retaliation against a complainant or reporter in any form should be strictly prohibited.

3.  Annual staff and athlete education meetings should be mandated for the purpose of communicating the requirements of the code and misconduct complaint procedures.

4.  At the option of the complainant(s), allegations of abuse of college athletes and athletic staff must be reported and investigated. Findings of abuse in any form should be regarded as a serious penalty with substantial show cause actions for future employment..”

In conclusion, the Drake Group noted that it “believes the status quo at schools is unlikely to change absent significant rule legislation by the national collegiate sport governing organizations. The NCAA and coaching organizations must make clear that they will not tolerate professional misconduct by coaches toward athletes.”