If ever there was an NFL franchise with a storied and steamy history, it’s Oakland. Al Davis took black and silver and a bad-boy image to a new level. And since the Raiders are moving, what better place than to Las Vegas—sin city. The move leaves Oakland fans in a state of betrayal and those Vegas hoteliers and eateries, not to mention the odds-makers, licking their chops. 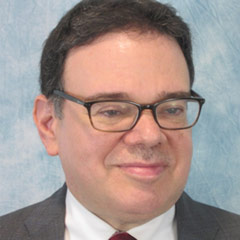 Now comes the matter of money. Not much, just $1.2 billion for a stadium. Apparently, most pro sports stadiums start at a minimum $1 billion. Not to sweat anything though. Just borrow $850 million from your neighborhood Bank of America. Add to that $750 million in public funding from Nevada, and there you have it—debt, with a capital “D.”

Then there are those revenue streams needed to retire the debt. One method is the sale of personal seat licenses (PSL). This “requires those seeking season tickets to first purchase the right to buy those seats.” However, if PSL sales don’t meet expectations, then there’s a shortfall that the Raiders have to cover, not to mention another concern dealing with potential cost overruns.

This type of uncertainty alarms Mark Conrad, director of the sports business program at Fordham University. “It’s a high rate of leveraging,” he has stated. “It’s not beyond the realm of possibility. Assuming the stadium is the way it is, it’s a lot of leveraging.”

Conrad goes on to say, “Oakland came up with a plan on paper that’s not really a plan yet. I think it’s a concerted effort by the league to go to glamour markets and vie for the future.”

More about Mark Conrad at – http://bit.ly/2pV3MMI