Sports Betting and the Concept of ‘Never Enough Zeroes’ – an Excerpt

Sports Betting and the Concept of ‘Never Enough Zeroes’ – an Excerpt 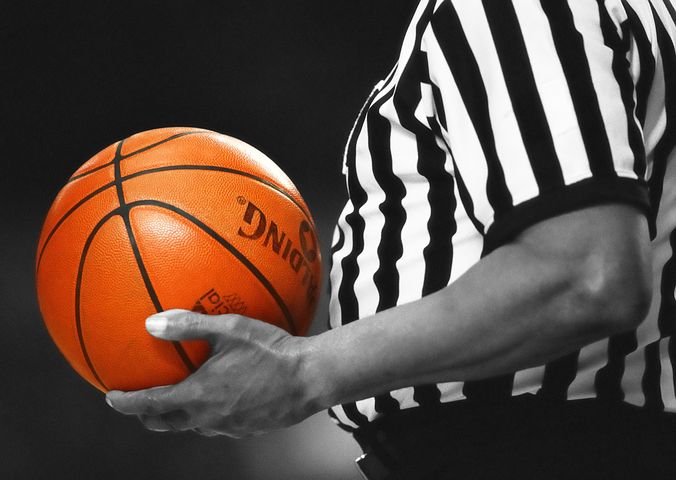 (What follows is an excerpt from Never Enough Zeroes, written by Joel Soper and Philip Wyeth. For information on how to purchase, scroll to the bottom.)

Here’s the thing about being a compulsive gambler – there’s never enough zeroes.

I’ve had weeks where I won a hundred thousand dollars. Did I treat myself to a vacation in Palm Springs? Nope. Did I buy a new car? No, sir.

What happens when I’m flush with cash is that I increase the amount of each wager. For example, if I normally bet five hundred on a particular game, now it’ll be a thousand. So I can win more, get that rush and feel the thrill of winning again.

That’s really what it is. All that it is. Which is why I say forget the money. If some aunt dies and leaves me half a million tax-free, unless that value’s locked up in a trust or an actual piece of real estate, then I’ll just use it as principal on my next bet. And the next hundred bets after that.

Every game being played is like a little baggie of heroin. My week ends up looking like a block on Skid Row. Everywhere you turn someone’s sprawled out on the ground, and each one of them is me after losing a bet.

Fifteen hundred on the Lakers-Mavs game. Three hundred on the second period of the Blackhawks versus the Bruins. And another hundred on Chinese women’s basketball simply because I couldn’t sleep at midnight.

So who’s got my money? Scumbags. Sometimes they run a little mom-and-pop restaurant as a tax front. Some of them offer a little side action out of a legit poker room. Others I never even meet because they host a gambling website that’s based overseas.

But they all have one thing in common. They’ve got no problem laying out that piece of cheese for me – and every time, like some animal that’s too dumb to ever learn, I go for the bait.

And no matter how battered, bruised, or miserable I am, as long as I have a few crumpled dollar bills in my hand, they never turn me away. No pity, no compassion, no shred of humanity to say no for my own good.

Why? Because they’re just as greedy as I am. Sitting on the opposite side of a table that’s made of rotten wood.

It’s hell, honestly. We’re in hell, the lot of us. Chasing after vicarious thrills taking place in arenas we’ll never set foot upon ourselves. Moments of athletic glory we pollute by carving them up with rusty scalpels.

Plus-7 to cover the spread. Two or more hits for the cleanup hitter. A 55-yard field goal before halftime that’s glorious not because the kicker was on the practice squad a few weeks ago, but because those three points put an extra two grand in our pocket.

It’s disgusting. We’re disgusting. But saying it isn’t enough, you know? We’re trapped in a maze living the same day for years on end.

Athletes come and go. Playing for one team this season, then signing on as a free agent or retiring the next. I don’t even care because they’re just like cards in a deck on a night of twenty poker hands.

These sports heroes have the power to make or break my week – but not my heart. Because I’m not a kid anymore, right? All the Detroit teams I loved growing up – the Pistons, the Red Wings, the Lions and Tigers – they don’t matter as much to me now. So if the Pistons lose and I win money, or if they win but not by enough, so that I lose money…

I’ve cut my soul out of sports and replaced it with my own personal chase. I pursue it while sitting alone in some Starbucks in the San Fernando Valley. Or I’ve got the game stats updating on my cell phone while driving out to a client on the 101 Freeway. I’ll see a goal scored out of the corner of my eye and get a little thrill. Cash for me, yeah.

I used to be a hell of a soccer player myself back in the day. The feeling I got after sending one past the goalie from thirty yards out, now that was pure. You can’t bottle it, that’s for sure. So you close your eyes and chase after it for the rest of your life, hoping to catch another whiff of running across a dewy green field in April, to relive that bittersweet memory from a simpler time that’s so far removed from reality…

Because all those professionals you see on TV? It isn’t so pure for them anymore, either. They’ve got big contracts, plus endorsement deals with merch brands and car insurance companies. They’ve got secret girlfriends with expensive tastes or ex-wives who take a cut of their salary each month. They’ve got back spasms and an unlicensed pain-pill dealer so they can hopefully eke out an extra season or two in the starting lineup.

What I’m saying is that when it comes to sports, it’s all in our heads. We make of it whatever we want it to mean – and none of us can turn our eyes away. As that spiraling football arcs majestically toward the open wide receiver, we collectively hold our breath for a million different reasons.

The father of the quarterback wondering if his kid has what it takes for a real career. The assistant whose wife has been pressuring him to land a head-coaching job somewhere else. The old man in the stands still holding out hope that he’ll see a championship banner raised before he dies.

There’s also the concession stand worker who needs the team to make the playoffs so she can make rent. The local sports columnist who once aspired to write great novels and now pours his heart into each piece, clinging to the belief that one reader might have the power to pluck him out of obscurity.

Then come the restaurant owners who pay for the sports package so people will spend their Saturdays at the bar. The guys sitting on those stools, each nursing a beer and their thoughts, their own dramas and dreams…

Will he make the catch or not?

I want to be able to feel it the way it was meant to again. I’m spilling my guts and speaking so frankly because I know you can’t beat addiction alone.

You need a team.