Court Remands NFL Player’s Case After Finding Retirement Board Abused Discretion, in Part by Relying on Opinion of Physician It Retained

Court Remands NFL Player’s Case After Finding Retirement Board Abused Discretion, in Part by Relying on Opinion of Physician It Retained

A magistrate judge from The Northern District of California has handed a victory to a former NFL player, who had challenged the decision of the Retirement Board of the Bert Bell/Pete Rozelle NFL Player Retirement Plan (Plan), which denied him total and permanent (T&P) disability benefits under the Plan and the Employee Retirement Income Security Act of 1974. 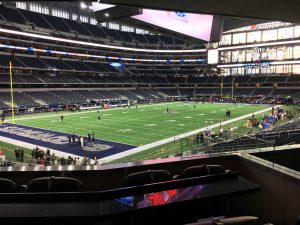 In ruling for the plaintiff, Charles Dimry, the court found that the defendants abused their discretion in denying his disability claim and remanded the case for further proceedings.

Dimry was drafted by the Atlanta Falcons in 1988. Throughout his 12-year career with the NFL he sustained a number of injures including concussions, and other head and neck injuries. In 2000, he retired from the San Diego Chargers and shortly thereafter underwent an anterior cervical fusion at C5-C6. Other neck surgeries followed.

In 2014, Mr. Dimry applied for T&P Disability benefits under the Plan. The Plan states that an individual qualifies for T&P benefits if he is “substantially prevented from or substantially unable to engage in any occupation or employment for remuneration or profit.”

(The following was excerpted, in part, from Sports Litigation Alert)