The Big Ten Conference’s decision to cancel all non-conference football games for the upcoming season — and the possibility that schools in other major conferences may soon follow — raises a number of potential legal issues, says Nathaniel Grow, associate professor of business law and ethics at the Indiana University Kelley School of Business. 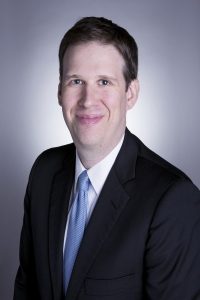 A nationally recognized expert in the field of sports law, Grow studied has studied this issue, the subject of a 2010 article in the Journal of College and University Law.

“The ultimate outcome of such a lawsuit would hinge largely on the specific terms of two affected schools’ contract. In general, though, two provisions of the contract would likely prove to be the most important. First, most scheduling agreements will include some sort of liquidated damages provision, a clause that specifies that one side of the agreement must pay the other party a certain amount of money should the contract be broken. Often times, these contracts will provide that the breaching party must only pay the other school in the event that the opponent is unable to replace the cancelled game on its schedule with one against a sufficiently suitable alternative opponent.

“The other relevant clause in these scheduling agreements is likely to be the force majeure provision, sometimes referred to as an ‘Act of God’ clause. Under these provisions, schools may be excused from cancelling a game without penalty if circumstances arise that make playing the game unduly difficult or impossible (for instance, a hurricane or other major weather event). The applicability of such a provision will also vary depending on the specific wording employed in the contract, and whether the clause permits a team to cancel a game on the basis of either a pandemic or a change in conference policy regarding the playing of non-conference games.”