NCAA President Mark Emmert has promoted Donald Remy, the former Latham & Watkins partner, to chief operating officer of the Association. Remy will serve as second-in-command to Emmert and oversee daily operations of the NCAA national office, allowing Emmert to expand his external engagement role as president.

Previously executive vice president for law, policy and governance, Remy will continue as the NCAA’s chief legal officer. Cari Van Senus has been promoted to vice president of policy and will remain Emmert’s chief of staff.

Emmert also announced he is creating the position of vice president of hearing operations, which will report to Remy. This vice president will function as a direct liaison to the Committees on Infractions, Infractions Appeals Committees and the Independent Resolution Panel and will oversee staff who support those committees. The Independent Resolution Panel was established following recommendations from the Commission on College Basketball. 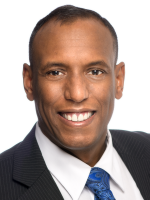 The NCAA describes Remy’s new role as follows: “He maintains and establishes policies that promote Association and national office culture and vision and ensures coordination of consistent and impactful communication strategies and messaging on behalf of the NCAA and its partners. Further, he designs and implements engagement strategies, plans and procedures for corporate partners and champions, as well as those involved in adjudicative systems, in a dynamic environment. Within the national office, Remy works with the president to set comprehensive goals for individual and unit performance and growth, evaluating performance by analyzing and interpreting data and metrics.”

He’ll also continues in his legal capacity, which means he “oversees and guides effective legal, government relations and policy strategy. He guides key litigation and contract negotiations while building and maintaining productive relationships with local and national policymakers. He is involved in crafting and advocating appropriate data-driven policy positions on various issues including academics, amateurism, athletics competition and health and safety while ensuring his reporting departments are servicing and supporting student-athletes, the NCAA and member institutions.”

Before the NCAA, he was a partner at Latham & Watkins and chair of a global practice group, representing both individuals and corporate clients in sophisticated investigations and proceedings involving compliance with international business statutes. Also, he litigated complex civil lawsuits, advised on crisis management and assisted companies in disputes involving contracts with the federal government. Remy also held leadership management positions in the government and corporate environment, including deputy assistant attorney general at the Department of Justice; assistant to the general counsel of the U.S. Army; law clerk to the 6th U.S. Circuit Court of Appeals; and senior vice president, deputy general counsel and chief compliance officer at Fannie Mae. He developed defense and justice positions for the U.S. Presidential Transition Team. He also spent many years volunteering as an Amateur Athletic Union basketball coach in the Washington, D.C. area and serves on the boards of many corporate, non-profit and privately held entities, and is a principal of an active venture capital fund.