Professor Birren’s sports law journey began in 1980 when he was hired in an entry-level front office position by the Oakland Raiders.  In 1981, he worked on a trial involving the NFL, the Raiders, and the Los Angeles Memorial Coliseum Commission. Professor Birren’s experience working with the influential lawyers of Lasky, Joseph L. Alioto, and Max Blecher sparked his desire to pursue a legal education. Professor Birren ambitiously attended Southwestern in the evenings while working full time with the team’s outside counsel. He boasted more courtroom experience upon graduation than most lawyers do in decades. Subsequently, in 1985, he became the Raider’s first ever in-house attorney and was promoted to general counsel after 12 years of dedicated service to the organization. 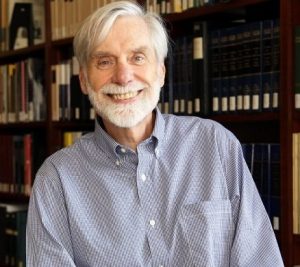 One of Professor Birren’s most recent periodicals involved the controversial issue of former NFL players receiving state workers compensation for their substantial injuries suffered while playing for out of state organizations. A vast majority of former players find themselves nearly paralyzed, or suffer from traumatic brain injuries altering their everyday lives to an extent unimaginable. Players unfortunately in this position are mentally and physically unable to work or lead a normal life, forcing them, out of desperation, to seek compensation.

Professor Birren’s periodical flawlessly explains the jurisdictional battle between state workers compensation programs, players, and their prospective organizations. The article depicts the legal controversy between former NFL player and Los Angeles native Larry Tripplett and the Indianapolis Colts. Professor Birren articulated the court’s intricate analysis of Larry Tripplett’s contract to determine whether or not the state of California had jurisdiction over this trauma case involving injuries suffered while playing for the Colt’s. Opposing parties disputed whether the contracts negotiations, drafting, or actual signing created subject matter jurisdiction. Ultimately Professor Birren notes that where the actual agreement was signed, determines which state has jurisdiction, not taking prior negotiations or drafting into consideration.

In a continuing battle over players rights, Professor Birren closes this periodical with the statement of “One wonders how many pending similar cases were just foreclosed by the published Tripplett opinion.” How many players seeking compensation in the attempt to lead a normal life, have just been left in the dark in the midst of this decision?”

Professor Birren’s second periodical involved the appeal of Anselmo v. Grossmont-Cuyamaca Community College District and is a morph of collegiate sports and tort law. Professor Birren outlined the issues which arise when a visiting player suffers an injury during play because of inadequate field conditions. He expressed his outrage towards the trial court’s determination that a home team is immunized from claims of a visiting team and clearly lays out the factors implemented by the court of appeals for a rise of action to exist. The case was remanded to trial holding that Universities do owe a duty of due care for visiting participants.

As long as controversial issues involving sports and law continue to arise, you can guarantee Professor Birren will be showcasing his knowledge and skills in the field of play.

When not writing for Sports Litigation Alert, Professor Birren can be found throughout the summer projecting his wisdom upon Southwestern Students while teaching Sports Law. The course covers the governing bodies of the sports industry, along with labor law, contract law, competition or antitrust law and covers issues that will arise within professional organizations such as the NFL, NBA, NFL, MLA, and the UFC etc.

The original post as it appeared in the blog can be found here: https://www.swlaw.edu/swlawblog/201810/professor-birren-featured-sports-litigation