Online waivers of liability are ubiquitous, thanks to the internet. Are they enforceable, like their paper counterparts? If so, what factors will a court examine that might be instructive to organizations (and attorneys) that craft waivers of liability? A recent decision in the United States District Court for the Southern District of New York provides a framework for analysis and some guidance for drafting a successful online waiver of liability. 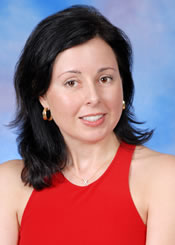 All of the defendants moved for summary judgment based on several defenses, including primary assumption of the risk and the lack of a duty to protect or to warn plaintiff of an open and obvious condition. However, the Corwin court initially examined the subject Bicycle Rental, Liability Waiver, and Release Agreement (the “Agreement”) that plaintiff had to sign as a condition of his Citi Bike membership. The Agreement purportedly released plaintiff’s common-law negligence claims against the City of New York, New York City Bike Share, LLC and Alta Planning + Design, a wholly-owned subsidiary who drafted the site plans for the Citi Bike system.[1]

There was no dispute that in order to become a member of the Citi Bike program, plaintiff had to assent to the release of claims (including personal injury claims) as set forth in the Agreement. This was done through an electronic interface. Although he did not dispute[2] that he “must have” signed a waiver (electronically), he argued that the waiver was an unconscionable and unenforceable contract of adhesion. He also argued that it was void and against public policy. Because plaintiff did not dispute that he must have entered into a contract, the question of whether plaintiff’s claims were barred depended on the effectiveness of his assent under the circumstances and the enforceability of the waiver provisions as to the various defendants.

According to the Corwin court, the Agreement was a “clickwrap” (also known as a “browsewrap”, “scrollwrap” or a “sign-in-wrap”) agreement. A feature of a “clickwrap” agreement is that the adhering party does not need to use a pen and it requires the user to take affirmative action, such as clicking of a box located on the website that states that he or she has read and agrees to the terms of service. In other words, with a “clickwrap” agreement, the user must expressly and unambiguously manifest assent or rejection prior to being given access to the product.

The Corwin court noted that “clickwrap” agreements are more readily enforceable than other online agreements that do not require the user to take affirmative action for the simple reason that the court can infer that the user was at least on “inquiry notice” of the terms of the putative agreement and that he or she manifested assent to the terms by clicking a box. According to the Corwin court, and the authority it relied on from other New York cases, “clickwrap agreements” are presumptively enforceable.

However, the Corwin court also noted that a user’s clicking of the box, without more, is not sufficient to signal their assent to any contract term. For example, the website must provide “reasonably conspicuous” notice that users are about to bind themselves to contract terms. This is, the court held, a fact-intensive inquiry but there is some judicial guidance.

For example, the Corwin court examined the factors that Judge Weinstein of the Eastern District of New York previously articulated in Berkson v. Gogo LLC, 97 F. Supp. 3d 359, 357 (E.D.N.Y 2015). Although that case involved a class-action lawsuit regarding the purchase of internet service connection while on an airplane, the Berkson court conducted a detailed analysis whether the average internet user would have been informed he or she was binding him or herself. The Berkson court focused on the following factors to determine the issue of whether the alleged notice to a putative user is sufficient:

In Corwin, the court applied these factors and determined that NYC Bike Share, LLC established that before a prospective member pays for membership, he or she is shown a “User Agreement” on a page with its own scrollable text box and it can be opened on a new window for ease of viewing and printing. In fact, the “continue” button to proceed to payment would not activate unless the user (such as plaintiff) clicked on a statement certifying that he or she was 18 years old or older and that he or she read and agreed to the conditions set forth in the User Agreement.

The Corwin court also noted that the release language was bolded and underlined. The text of the sections was a normal-sized font but “Releases; Disclaimers; Limited Liability; Assumption of the Risk” headings were in a larger font. Plaintiff had no recollection of reading the language but admitted that he signed whatever he had to sign to obtain his Citi Bike pass.

The Corwin court determined that the language Agreement was enforceable and not unconscionable. The court noted that “[w]hile it is possible to imagine a clearer signaling of the waiver provisions to an unwary or unsophisticated consumer, the terms are not hidden or buried in an obscure part of the website, but rather are in plain view.”

Also, the Corwin court held that the waiver language was not void due to ambiguity, finding the terms were not inconsistent or contradictory. The exculpatory language was clear and coherent and expressly released a defendant from ordinary claims.

Consequently, the Corwin court held that the Agreement effectively released plaintiff’s common-law negligence claims against NYC Bike Share, LLC. The Agreement was not applicable to the City of New York because a release of the City’s duties with respect to maintaining its roadways is non-delegable and would be contrary to public policy. Therefore, plaintiff could proceed with his negligence claims against the City of New York. With respect to APD, the Corwin court determined that they did not owe plaintiff a duty of care. The Corwin court also held that the doctrine of primary assumption of the risk was unavailable (largely because the Citi Bike station was on a public roadway and plaintiff was not injured while participating in a “sporting” activity). Likewise, it held that the “open and obvious” defect defense was not applicable because there was a question of fact whether the wheelstop partially obstructed the pathway utilized by a cyclist such as plaintiff. It was not, therefore, open and obvious and not inherently dangerous as a matter of law.

Corwin offers guidance in crafting waivers and releases, particularly in an electronic format. For example, the waiver and release language must be clear and unambiguous so that an ordinary person can understand the warnings provided and that certain rights are being waived. However, the Corwin decision also highlights that the design of the site (and the online waiver) and interface with the user are also critical factors. The terms should trigger some “inquiry notice” on the part of the user that important rights are being waived. The terms should be clearly visible and encourage a review of the terms, such as through hyperlink. To be enforceable, the language should not be obscured or shrouded in a tiny font. Because exculpatory clauses are material and alter a contracting party’s commonly-understood rights, those clauses should be prominent and unmistakable. Electronic waivers, particularly ones that require assent or acknowledgement before proceeding to the signature stage, are enforceable and may provide valuable protection.

[1] The relevant portions of the Agreement that were analyzed by the Corwin court were:

“Claims” is defined in the Release Agreement as “any and all claims, injuries, demands, liabilities, disputes, causes of action (including statutory, contract, negligence, or other tort theories), proceedings [or] damages that arise from or relate to (a) any of the Services, including any of the Citi Bike bicycles, Stations, Bike Docks, or related information . . . .” “Released Persons” is defined in the Agreement, as relevant, as including: “(i) NYCBS and all of its owners, managers, affiliates, employees, agents, representatives, successors, and assigns [and] (ii) the City of New York.”

[2] Defendants failed to produce an actual copy of his Release Agreement with his electronic signature, or a copy of the Agreement as it existed when he became an annual member and could not prove whether he signed it at all.