Timothy Epstein, chair of Duggan Bertsch’s Litigation group, in February 2017, joined XLIVE’s Advisory Board. This annual conference series is comprised of industry leaders practicing in the fields of music, sports, film, culinary, beverage, eSports, and technology. This platform allows for discovery and discussion of the latest industry trends and confronting issues. 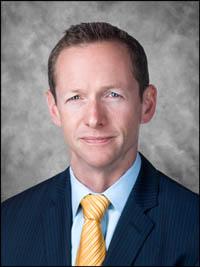 Tim serves as chair of Duggan Bertsch’s Litigation group, and brings to the Firm a reputation as one of the top lawyers in sports and entertainment in the country.

In Tim’s early years, Jill Polk of Armstrong Teasdale in St. Louis was quick to comment, “Tim has never been a follower. He emerged as a leader as early as our law school years, making his own way. After law school, Tim grew a sports law and entertainment practice from his own desire to become an expert in the field.”

An accomplished legal writer, Tim has authored and contributed, nationally, to a variety of law reviews and periodicals. Respected by his peers, he has garnered numerous bar association leadership positions as well as serving as a legal analyst for ABC, Fox, and WGN.

Tim also teaches Sports and Entertainment Law as an Adjunct Professor at Loyola University’s Chicago School of Law. Read more about Tim and his expanding roles in the Sports Law industry at –