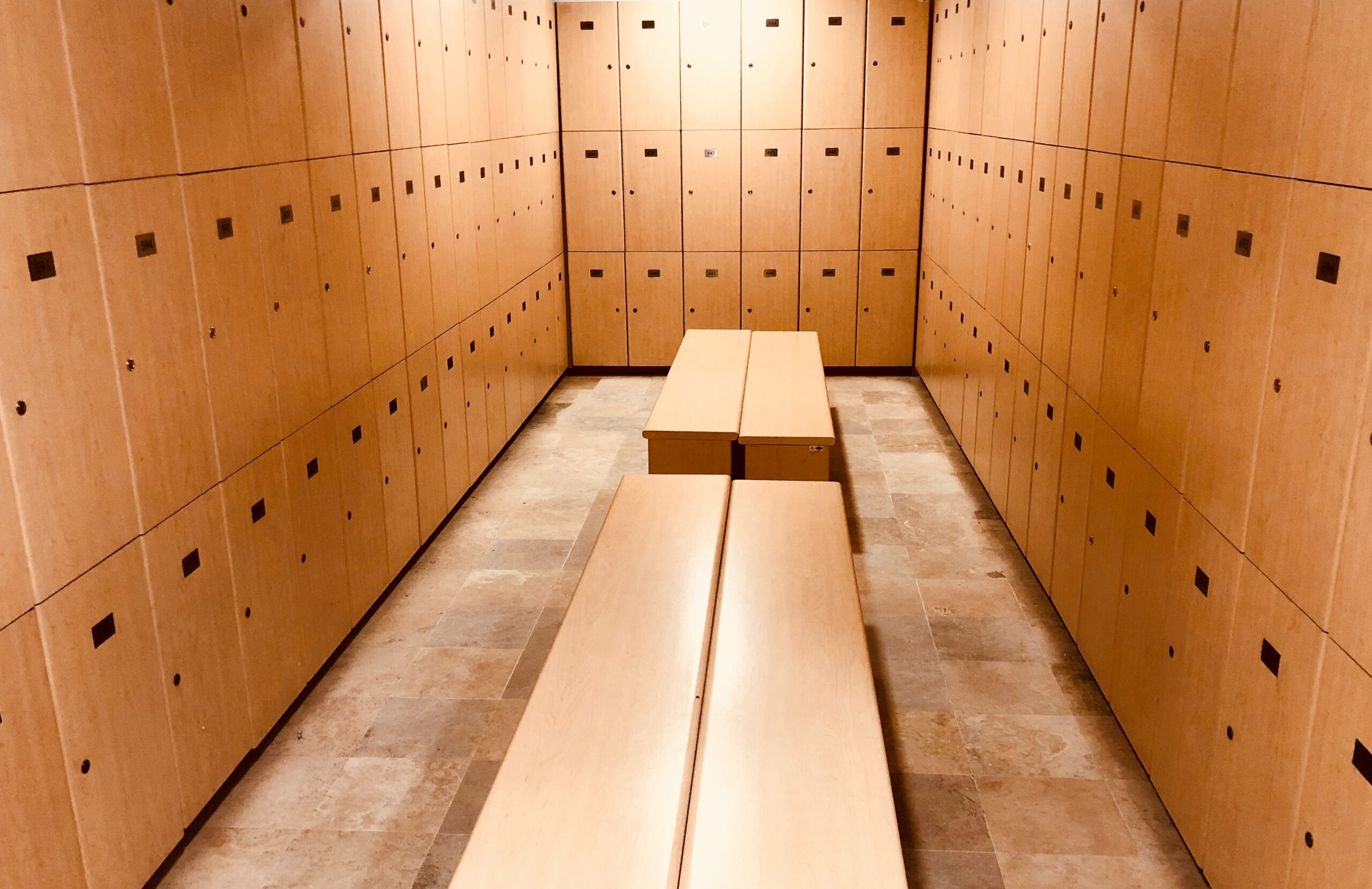 Girls’ and women’s locker rooms have been designed exclusively for people who have female[1] bodies, and for good reasons. Those reasons include biological differences between women and men; women’s right to privacy; and protection from male violence against women in such forms as sexual harassment, assault, and rape. These reasons remain valid. Therefore, access to female athletes’ locker rooms should be restricted to female athletes.

The goal of including those with transgender identities must not be accomplished at the expense of female athletes’ rights to safety, privacy, and dignity.

This position statement is respectfully based on the fact that people who were born with male bodies, but believe themselves to be women, are not biologically female. Males have a right to identify as women, present as women, and ask others to refer to them as women. Males can modify their bodies via puberty blockers, estrogen, and “gender-affirming” surgeries. Still, transwomen cannot transform themselves into females.[2]

Therefore, a male’s gender identity should be irrelevant when it comes to separate women’s spaces; the only relevant factor must be biological sex. The inclusion of males who want to shower, change clothes, and use the toilet in girls’ and women’s athletic spaces would have an extremely negative impact on girls and women in these spaces. The definition of women – the sorts of people who are eligible to use these separate women’s spaces – should remain based on common sense, longstanding tradition, and biological reality, not belief or identity.
Equitable accommodations should be made for athletes with male bodies who identify as women or girls and choose not to join the men in their locker rooms.

Historically, in response to inadequate or nonexistent facilities for women, female athletes have had to improvise private spaces to change their clothes. Similarly, males who identify as women may find that locker room facilities were not designed with them in mind. But there are creative ways to accommodate transwomen athletes who do not want to use men’s locker rooms. They could be provided with “third spaces” elsewhere. They could respectfully announce their presence and request permission before entering, the way male coaches of women’s teams do, to give female teammates an opportunity to finish dressing or leave. They could brainstorm possibilities with teammates, coaches, and other staff – thus contributing to a solution to this new problem. However, in all cases, every individual female should retain veto power if she would rather keep males out of women’s locker rooms.

Champion Women is a non-profit organization that provides legal advocacy for girls and women in sports.

[1] In this position statement, the terms female, male, girls, and women refer to biological sex rather than gender identity. This is consistent with the National Institutes of Health, Office of Research on Women’s Health, and their overview for the differences between sex and gender. https://orwh.od.nih.gov/sex-gender.

[2] Sex differences are anatomical and physiological differences that are determined by or related to biological sex. Compared to males, females have less muscle mass, less bone mass, more body fat, smaller hearts, smaller lungs, smaller skeletons, smaller hands and feet, lower resting blood pressure, and higher resting heart rate. All these differences can be relevant in sports. Males and females also have distinct genetic and chromosomal, gonadal, endocrinological, and phenotypic (external secondary) characteristics. These distinctions have implications not only for reproduction and sport, but also for immunology and cardiovascular health. As the Institute of Medicine explains in Exploring the Biological Contributions to Human Health, “basic biochemical differences” exist between males and females even “at the cellular and molecular levels.”

[3] Every state has its own laws for voyeurism, indecent exposure, and assault, but most jurisdictions consider them to be very serious crimes. For example, Section 810.14 of the Florida Statutes, a person commits voyeurism when they secretly observe another for their own amusement, entertainment, sexual arousal, gratification, or for the purpose of degrading or abusing another person, in a place that the person would have a reasonable expectation of privacy. The law protects female’s “intimate areas” – referring to any portion of a person’s “body or undergarments that is covered by clothing and intended to be protected from public view.” Id.Indecent exposure is a crime of exposing or exhibiting sexual organs in public or on the private premises of another, or so near as to be seen on private premises, in a vulgar or indecent manner. Section 800.03 of the Florida Statutes, “Exposure of Sexual Organs.” And sexual assault usually means a crime where someone has subjected a victim to sexual contact or touching, that is deemed offensive and unwanted. Sexual assault crimes are broad and range from groping, touching to assault and battery and the serious crime of rape.

[4] Most males do not undergo surgery to remove their penis and testicles. According to two recent studies, only between four and thirteen percent of transgender people undergo genital surgery. Ian T. Nolan, Christopher J. Kuhner and Geolani W. Dy, “Demographic and Temporal Trends in Transgender Identities and Gender Affirming Surgery,” Translational Andrology and Urology, June 2019, pp. 184-190.

[5] According to a recent survey of nearly 182,000 students, 26% of female college and graduate students report nonconsensual sexual contact by physical force or an inability to consent since enrolling in the school. David Cantor et. al., “Report on the AAU Campus Climate Survey on Sexual Assault and Misconduct,” Association of American Universities, 2019.

[8] The study used the term male-to-female transsexuals rather than the more modern terms: transwomen or trans identified males.

[10] As one example, high school freshman Blake Allen was suspended from school when she complained that a trans-identified male was in her locker room in preparation for volleyball practice. Her father lost his job as the soccer coach. Lawyers were able to overrule Blake’s suspension, but not her father’s job. The litigation is ongoing. See, e.g., Verified Complaint, Allen v. Orange Southwest School District Board, October 27, 2022, available at:  https://adfmedialegalfiles.blob.core.windows.net/files/AllenComplaint.pdf