Who’s At Fault When 21 Ultramarathoners Die in a Race?

Who’s At Fault When 21 Ultramarathoners Die in a Race? 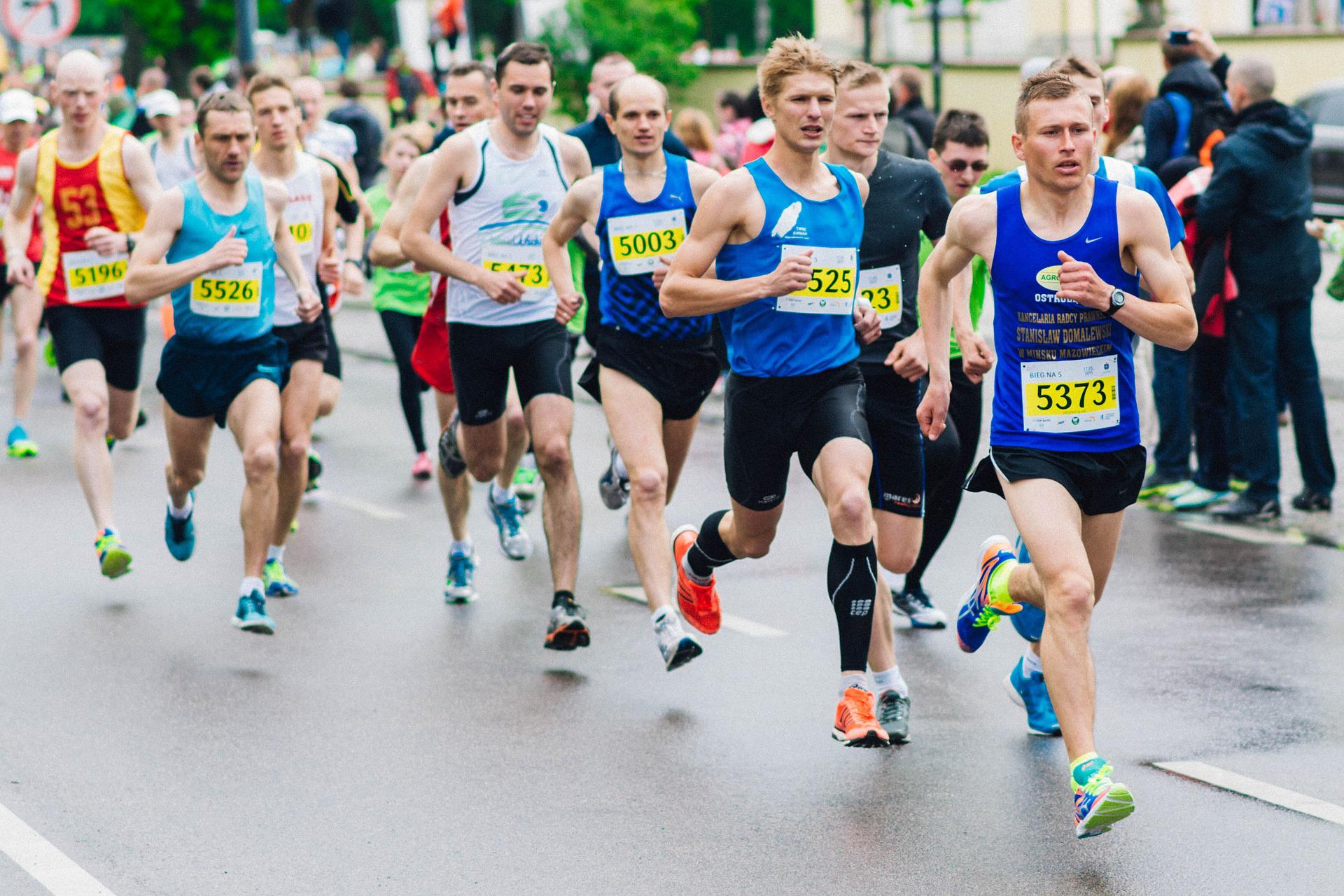 (Editor’s Note: The following is shared from the archives of Sports Litigation Alert, the nation’s leading sports law periodical.)

On May 22, 2021, 21 ultramarathoners died in the world’s single largest mass casualty incident during a race. It occurred in the Yellow River Stone Forest Park near Baiyin, a city in China’s Gansu province.

Like marathons and triathlons which used to be on the lunatic fringe but are now mainstream, ultramarathons have exploded in popularity. More than 600,000 people participated in an ultramarathon in 2018, an increase of nearly 350 percent during the past decade, and nearly 1,700 percent from the 1990s.

Incidents and injuries are not uncommon in ultramarathons. Fifty-one runners died running and racing mountains in Western Europe between 2008 and 2019. No aggregate figures are available for the United States. It is fair to claim though that participants who compete in these events are aware of the hazards and consent to the inherent risks ordinarily associated with such events.

For example, the Barkley Marathon, which has been immortalized in a Netflix documentary titled “The Race That Eats Its Young” is a 100-mile ultramarathon trail race with 60,000 feet of elevation gain in the Cumberland Mountains within Frozen Head State Park in Tennessee and has no aid stations except water at two points along the route. Its $1.60 registration fee is a sign of what to expect for support and safety.

The toll taken on the bodies of ultramarathoners is sometimes brutal. Feet can swell and blister, body parts chafe, heat and cold lead to heat stroke and hypothermia, dehydration, hyponatremia and hallucinations are all possible parts of the experience. It’s not for the feint of heart and pushes the bounds of not only what the body is capable of doing but of what any reasonable person would consider doing.

It is generally understood by ultramarathoners that injuries are normal and that they are responsible for mitigating against such injury and dealing with it should it occur. To a degree, it is also expected that event organizers, in anticipation of such ordinarily occurring injuries, have systems in place to deal with them. They include qualification requirements to weed out inexperienced runners, mandatory kits that runners must carry, checking of the kits to ensure they are complete, checkpoints, aid stations, and medical stations. Some races place a greater emphasis on self-reliance while others have aid stations and safety and support systems commensurate with what established marathons do.

The culture of ultramarathoning blends the mainstream expectations of marathons with its certified courses and aid stations stocked with the extreme sport ethos of self-reliance and risk tolerance. In the old days of marathons, Ironman triathlons and ultras, they were low-key and local events where many participants knew one another, they truly understood what they were getting themselves into, and the event organizers ran the races on shoestring budgets. Now, races such as the New York City Marathon (which had 127 participants in its first race in 1970) and Chicago Marathon each have more than 50,000 runners, sponsors like TCS and the Bank of America, and have risk management professionals to protect participants from unnecessary risks.

While some parts of the ultramarathon sector are established and have robust risk management systems in place, others are still in the wild wild west where almost anything goes. Established ultras like the Western States 100, Leadville 100 and Badwater 135 (all distances are in miles) have been around for decades whereas the Baiyin ultramarathon was only five years old.

It is important to note that even the biggest and the best marathons and triathlons backed by major sponsors and run by professional organizers can be sideswiped by weather and are not immune from participants being injured or dying. For example, in 2007, about 315 runners in the LaSalle Bank Chicago Marathon were picked up by ambulances, 49 were hospitalized, and one man died after record-setting temperatures soared into the upper 80s and aid stations ran out of water and electrolytes. The race was shut down after about 3 ½ hours with only 24,993 runners finishing out of 35,867 who started it.

Aware that the weather forecast called for high temperatures, organizers undertook measures to prevent, control and mitigate against the anticipated heat. A heat advisory was e-mailed to running clubs and participants a week before and the day before the race. Online advisories were posted warning that high temperatures would demand extra hydration and caution and these warnings were verbally reiterating at the race expo. The week before the race, organizers met with the Chicago Fire Department to secure additional resources including a ventilation van, a giant misting machine, bike-patrol teams, 22 open fire hydrants for spraying, and 28 ambulances. Five air-conditioned city buses were commandeered to cool off overheated runners and the number of drink servings was increased from 1.6 million to 1.8 million. In the end, these precautions would not turn out to be enough though.

Similarly, a participant competing in the Utah Ironman Triathlon drowned in 2002. The race is comprised of a 2.4-mile swim, 112-mile bike ride and 26.2-mile run. The participant drowned within 10 minutes of the race starting and the swimming leg was cancelled 20 minutes into the race after 50 mile per hour gusts kicked up three-foot waves in the water.

While it is true that weather played a role in the Chicago marathon, Utah Ironman and the Gansu ultramarathon, the similarities end there. Anticipating the heat, Chicago organizers undertook comprehensive risk management planning, increased resources to mitigate heat-related illnesses and to respond to medical emergencies, messaged runners about the risks of running in the heat, and cancelled the race when it became obvious the risks were too great. Utah Ironman organizers proceeded with the race in the face of dangerous winds, cancelled the swim leg but allowed an abbreviated race to continue.

Organizers of the Baiyin ultramarathon appear to have had very limited experience running races (the company running the race for the past four years had no background doing so before winning the government contract), had designed a route that had many dead zones where communication was impossible and that had checkpoints inaccessible by road, suggested rather than required participants to carry appropriate clothing, and had been unaware of or ignored weather forecasts of rain, hail, freezing temperatures and heavy winds. Many runners set off on the course in little more than a T-shirt and shorts before freezing conditions arrived.

It is easy to blame the organizers of the Baiyin ultramarathon for what happened. Indeed, 21 participants dying in a race suggests not merely simple negligence but gross negligence and criminal negligence of race organizers. Not to be overlooked though are the roles that runner self-reliance and self-sufficiency play in ultramarathoning. These are races where runners go in with eyes wide-open of the risks and are aware – or should be aware – that they and they alone are responsible for getting themselves out of most any situation they get themselves into during the race. That fierce spirit of independence and pushing the limits of what is possible is what helped found ultramarathoning.

It is not yet known if participants were aware of and agreed to the limited support provided or signed an equivalent to a waiver releasing the race organizers from any liability for any loss suffered in the race. Such waivers are ubiquitous in the adventure and extreme sport industry to such an extent that athletes participating in the Tokyo 2020 Olympics are required to sign a waiver agreeing to participate at their “own risk and own responsibility”, that the risks include serious bodily injury or death caused by COVID-19 and that they irrevocably release the Games organizers from any liability for any loss or injury incurred.

What happened in Baiyin is a brutal lesson in personal preparedness and event-organizer responsibility. Racers should be prepared for the forces of nature, and race organizers should, at the very least, respect weather forecasts.

A Chinese government investigation identified 27 people as being responsible for the deaths of the 21 ultramathoners. The report stated that “the emergency plan and safety guarantee measures for the event were not formulated in accordance with the prescribed standards, and the emergency rescue force was seriously underprepared.” The report also cited “lax industry regulation” and “weak government oversight” by the Baiyin municipal government. Zhang Xiaoyan, the owner of Gansu Shengjing Sports Co, the company that organized the race, has been detained and faces criminal charges. Twenty-six people, including the mayor of Baiyin and the Baiyin Communist Party of China secretary, have been disciplined. One official died in an apparent suicide.