Improving the NCAA’s Regulation of Payments to Athletes

Improving the NCAA’s Regulation of Payments to Athletes 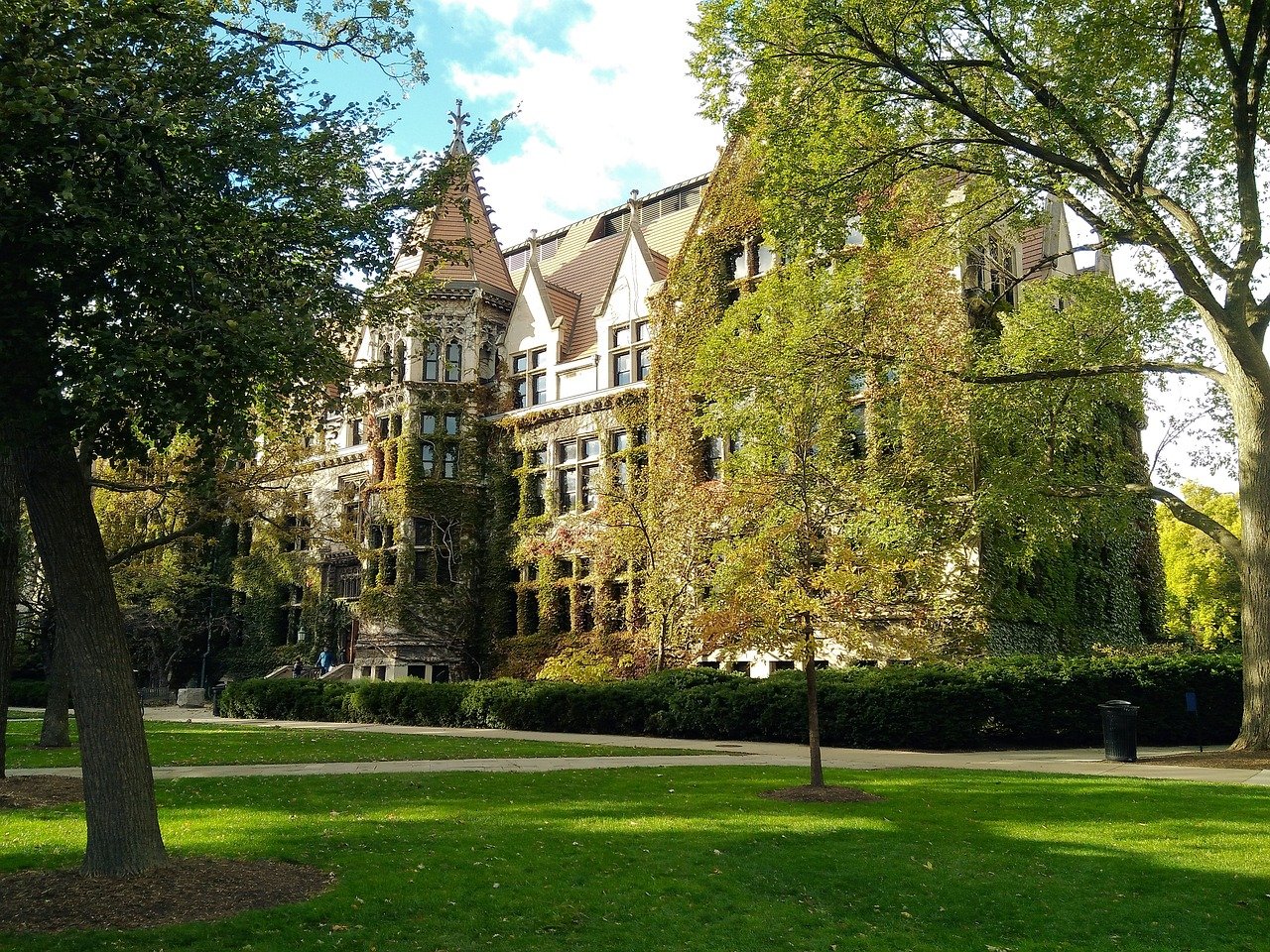 For decades, the National Collegiate Athletics Association (NCAA) resisted efforts to allow its athletes to earn outside income.  The Association delayed, litigated, formed some task forces, delayed some more… but eventually surrendered in July 2021 after its appeal to the U.S. Supreme Court on this issue was unanimously rejected.  The surrender carried an important caveat, though, and one that will become even more relevant as the NCAA meets in the coming months to reconsider its rules and governance model.

The NCAA’s announcement, on June 30th, suspended almost all of the Association’s restrictions on so-called Name, Image and Likeness (NIL) income earned by its athletes.  Some restrictions remained in effect.  Specifically, the NCAA emphasized that it was preserving “the commitment to avoid pay-for-play and improper inducements tied to choosing to attend a particular school.  Those rules remain in effect.” <https://www.ncaa.org/about/resources/media-center/news/ncaa-adopts-interim-name-image-and-likeness-policy>

But even those restrictions are unworkable, if interpreted rigidly.  And given the NCAA’s comical record on discipline, those broad rules can never be meaningfully enforced.  The NCAA needs to be realistic.  Its all-or-nothing approach on amateurism rules is what sowed the seeds of the current revolution.

For its own survival, the Association needs to do better.  Next week, the NCAA’s Board of Governors will receive recommendations for new rules and structures for regulating college sports.  Its focus should be on preserving only those restrictions on amateurism that are necessary for fair, competitive play on the field.  Some aspects of the pay-for-play prohibitions should remain, for example, but only where they incentivize performance that diverges from the team’s competitive goals.  And the limits on inducements are so easily evaded, and the contours so amorphous, that the NCAA will not be able to enforce them in a principled way.  Instead, the Association should regulate only the most egregious inducements that manipulate athletes and their trusted relationships.  By trying to sweep more broadly, the NCAA invites failure that will further erode its credibility and, ultimately, its members’ view of its necessity.

The term “pay-for-play” evokes images of back-room dealing and political corruption.  In NCAA parlance, it refers to compensation tied to participation or achievement in a sporting contest.  If athletes earned money for their exploits on the field of play, how could the NCAA proclaim them to be “amateurs” who played only for the love of the sport?

The illusion of pure “amateurism” has always been just that: an illusion.  The NCAA tried hard to promote this image, but the billions of dollars in media contracts, coaches’ salaries, and opulent facilities became too dissonant to ignore.  The players were the only ones who weren’t sharing in the wealth.

The new world of NIL payments has begun to change that.  Is there a still a place for restrictions on “pay-for-play,” performance-based compensation?  The answer is yes, in limited circumstances.  When the NCAA adopts new NIL rules, it should prohibit conduct that would incentivize performance in an athletic contest that would impair the players’ loyalty to her team or otherwise negatively affect the decision-making and competition on the field.

Payments should, however, be allowed if they promote behavior consistent with the team’s competitive interests.  For example, if a local restaurant offered free dinner to all players of a team for each victory, this would only incentivize conduct in service of the team’s goals.

A few examples illustrate why incentive payments based on individual statistics in team sports are problematic.  They should not be per se invalid, but they would require a closer look to ensure that they promote the team’s interests.  The inquiry would be similar to that in many states’ commercial-bribery laws — does the payment cause the player to be loyal to interests other than those of his team?  A few hypothetical examples make the point:

Administering this standard would admittedly be art, not science.  It would likely only work if the NCAA required pre-clearance of proposed NIL contracts in this category — and only then if the NCAA actually committed sufficient resources to review proposed deals quickly.  The administrative burden would be negligible, and relaxing this rule would open up more and creative avenues for athletes to earn income.  Some is better than none, and this might be a workable exception to an outright ban on all pay-for-play compensation.

The NCAA should perform a similar surgery to save only the critical portion of its ban on “improper inducements tied to choosing to attend a particular school.”  As an initial matter, it is worth noting that the word “improper” is forced to do too much work here.  Does it mean “morally improper?”  Likely not, and by whose moral standard anyway?  The definition of “improper,” in reality, is circular and question-begging — improper means whatever the NCAA says it means through other, more specific rules.

It seems fair to allow the NCAA to restrict inducement payments to an athlete’s parents or coaches or “handlers” — i.e., payments to someone other than the athlete herself.  Those payments diminish the athlete’s autonomy by influencing her college choice by manipulating long-time, trusted relationships through payments often unknown to the athlete.  Moreover, they deprive the athlete of compensation earned by her efforts.  A major motivation of allowing NIL payments, in the first place, is to share with athletes a piece of the financial pie generated by their efforts; payments to anyone other than the athletes do not accomplish that goal and, thus, they should be regulated.

But payments directly to an athlete to induce his choice of school?  Those are a more difficult call.  Morally, the athlete has full agency over his decision and can weigh the relevant factors for himself (even if others might quibble with the weight afforded to monetary factors).  Legally, restrictions on this income run the risk of triggering the antitrust concerns raised by Justice Kavanaugh in his scolding concurrence in the recent Alston case.  Nonetheless, critics are right to note the competitive advantage of bigger schools over smaller schools in this system, but that is an inherent feature of a free market; the Supreme Court has previewed that it will take a dim view of the NCAA’s attempts to regulate the free market in this area.

Any decision on this issue must also confront the huge costs to enforce such a restriction.  Colleges will rightly complain that they and their athletes can be punished for NIL contracts without their knowledge by unaffiliated businesses trying to buy a connection to their favorite (or rival!) team.  How are colleges to police this activity?  Hire full-time staffs of forensic accountants and private investigators?  More fundamentally, can we expect colleges or the NCAA to translate the nuances of NIL negotiations, and conclude with confidence that one offer represented a promise to pay money whereas the other just represented a statement of probable interest?  Is there a meaningful difference between those two when regulating “inducements?”

Those questions are rhetorical, of course.  The NCAA’s woeful record of enforcing prior violations of the Association’s rules suggests that an explosion of alleged “NIL inducement” cases would never be investigated — much less adjudicated — with any alacrity or rigor.  If the NCAA is unwilling to enforce a restriction, and the restriction can be evaded easily, there is little compelling justification to preserve the restriction.

Regardless of the strong arguments on each side of that issue, there is a strong argument that team-wide NIL payments should be permitted under the new NCAA rules.  Several NCAA football and men’s basketball teams have already signed these deals, which promise equivalent benefits to each member of the team:

There is nothing in these deals to suggest that they will evaporate when future athletes join these teams.  Is the likelihood (or certainty) of that future NIL income an “improper inducement” to the NCAA?  If the NCAA thinks so, it will be endorsing the same rigidity and magical thinking about its own enforcement abilities that brought the Association to this point.  It should instead execute a strategic surrender for at least this category of NIL payment.

The equal-payment structure promotes team unity and does not create an economic hierarchy within the locker room.  Moreover, when a business pays a large number of athletes, the amounts of the individual payments are almost certainly more modest than if it used that same money to pay only a few individual payments.  Those modest amounts, by their nature, are less likely to serve as “improper inducements” that implicate the policy concerns of individualized, direct payments, even if a recruit understands that she is likely to inherit those payments when she joins the team in the future.  These team-wide payments also seem to vindicate the economic-fairness principles driving the entire NIL debate — i.e., redistributing some of the income and sponsorship dollars to the players themselves.

The NCAA will begin to consider a working draft of a revised constitution next week.  The full NCAA membership will vote on a new set of governing principles in January 2022.  Rules governing NIL payments will certainly be a part of this new constitution; there is no going back to the old model of “amateurism.”  When prioritizing which NIL payments to regulate, the NCAA should not object to payments that incentivize behavior consistent with the team’s competitive interests.  The Association should also narrowly define “improper” inducements as those that divert money away from the athlete herself and that specifically exempt team-wide payments.

[1]              Stephen A. Miller is a criminal-defense attorney at Cozen O’Connor in Philadelphia, where his practice includes the representation of student-athletes in eligibility disputes with the NCAA.  Prior to joining Cozen O’Connor, he clerked for Justice Antonin Scalia on the U.S. Supreme Court and served as a federal 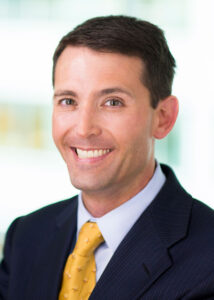