(What follows is news from the Drake Group today.)

The Drake Group, decries an October 16, 2020 NCAA Committee on Infractions decision penalizing college athletes rather than the athletic program administrators who botched the computation of their scholarship checks. Over a three-year period, UMass athletic department administrators failed to properly compute payments when 12 athletes moved off-campus. Eight athletes continued to receive a $252 telecom fee associated with dorm phones and four athletes moved into off-campus housing more expensive than their on-campus housing and received a higher impermissible housing payment. Over a three-year period, the athletes received $9,100 in aid they should not have received and the administrative error was not discovered until after all of this had occurred. The athletes had no idea they received any extra benefit and the over payments were minimal in comparison to other NCAA extra benefit cases.  There was no evidence that UMass knew of these administrative errors at the time they occurred or that administrators intended to make impermissible payments to athletes or have “ineligible athletes” compete.

The penalties imposed were:

Particularly egregious was the finding for two women’s tennis players who were unknowingly reimbursed for $252 each for an on-campus phone jack after they moved off campus. The result was the UMass women’s tennis team forfeiting three years of victories including an Atlantic 10 title. 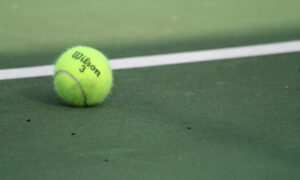 The Drake Group supports the UMass and Atlantic 10 formal appeal to the NCAA to overturn these athlete penalties. We particularly applaud the efforts of Brittany Collens, one of two female tennis players penalized. Even though no longer a student, she is participating actively in the NCAA appeals process while mounting an effective public relations campaign, including gaining thousands of signatures (7000 and growing) on a  change.org petition asking for these penalties to be removed.