Ellen Zavian, an adjunct sports law professor at the George Washington University School of Law, wrote an interesting article last week for the Washington Post about how “the NCAA whiffed on esports.”

Zavian, a frequent contributor to the newspaper, wrote that, given the declining revenues for the NCAA because of the pandemic, the association “might be kicking itself these days over a decision that its Board of Governors made a little over a year ago, on April 30, 2019. That was the day the NCAA declined to move esports under its governance umbrella.”

Zavian, the editor of Esports and the Law, elaborated, noting that the NCAA’s decision “centered on two main concerns, according to its press release: video games are predominantly played by males (which creates possible Title IX complications) and the violent nature of some games is not in line with the NCAA’s image. 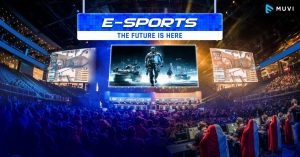 “While these concerns are valid, there was also the fact that the existing financial model of individual sponsorships for talented esports players and streamers conflicted with the NCAA’s stance on amateurism. In order to accommodate esports, the NCAA would have had to reconcile its stance prohibiting its athletes from capitalizing on their athletic performances, an issue for which the NCAA was already under siege.”

The full article can be viewed here.