The team’s official name and venue partner will be announced before the end of 2020, with the inaugural season set to kick off in spring 2022 as part of the National Women’s Soccer League. WFC LA/Angel City is a majority women-founded ownership group that has been awarded the exclusive right to bring a National Women’s Soccer League (NWSL) team to Los Angeles. The group is led by Academy Award-winning actress and activist Natalie Portman, technology venture capitalist Kara Nortman, media and gaming entrepreneur Julie Uhrman, and tech entrepreneur and venture capitalist Alexis Ohanian. Among the group’s investors are actors Eva Longoria and Uzo Aduba, as well as eleven former US Women’s National Team Southern California-based players. 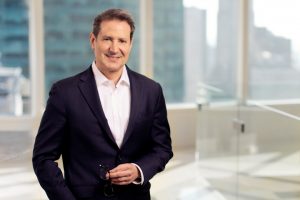 “We’re proud to represent WFC LA/Angel City, an extremely accomplished and passionate group, in this game-changing project,” said O’Melveny partner and Sports Industry Group co-chair Charles (Chuck) Baker, who is leading the firm’s work for the team, along with counsel Eric Geffner. “Bringing professional women’s soccer to LA is a defining moment—for the city, for the league, and for entire world of sports—and comes at a particularly important time.”

Baker added, “Having a team that is women-founded and women-led is, unfortunately, too rare in today’s sports industry. WFC LA/Angel City is breaking the mold of professional team ownership and hopes to create a model for real change in the industry while simultaneously promoting the continued growth of women’s soccer and women’s sports generally.”