(Editor’s Note: Andrew Silver is an attorney at Ifrah Law, which publishes My Legal Bookie, a periodical that is available on a complimentary basis, which tracks the intersection of sports betting, gaming, and the law.) 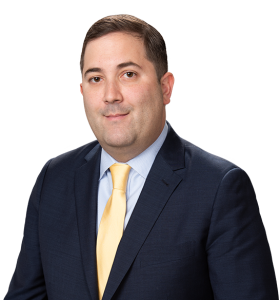 If someone had told you at the beginning of 2020 that, by March, global sports would largely shut down, with a slow resumption not happening until the summer of 2020, you may have predicted that 2020 would be a bad year for businesses involved in sports wagering, fantasy sports, and iGaming. Yet, the rapid legalization of sports wagering across the United States has not relented, which has fueled continued prosperity for gambling operators and related companies. This is in spite of the absence of American sports (and relative absence of most other sports) to fuel those businesses’ revenues.

Perhaps the most striking example is that of DraftKings. In the middle of the pandemic this spring, DraftKings completed a merger with Diamond Eagle Acquisition Corporation (a special purpose acquisition company) and SBTech (a gaming technology company). As a result of the merger, DraftKings started trading on NASDAQ in April, ending its first day of trading at $19.35/share. In the time since, DraftKings’ stock has continued to rise, peaking at $44.79/share—and it sits at $32.43/share as of the close of business on July 10. After the initial price surge, DraftKings announced in June that it and its shareholders were selling an additional 33 million shares to the market.

DraftKings is not alone

Surprisingly—given the almost nonexistent sports landscape in 2020—DraftKings is not an outlier among sports gambling operators. Back-end business-to-business supplier GAN Limited, which provides iGaming software to the U.S. land-based casino industry (boasting Borgata, Parx Casino, Maryland Live!, and Jack Entertainment amongst its partners), also had its IPO during the pandemic, opening at a price of $8.50/share on NASDAQ in early May. Much like DraftKings, GAN’s share price has skyrocketed since its debut, closing at $25.69/share on July 10.

And just this week, Golden Nugget joined DraftKings as the only “solely online” U.S. casino company being publicly traded, following Houston Rockets owner Tilman Fertitta’s purchase of Golden Nugget Online Gaming by his company Landcadia Holdings II. Shares in Golden Nugget Online climbed over 14 percent in its first day of trading on July 9. Further evidencing the enthusiasm for sports wagering in the marketplace was the June launch of Roundhill Investments’ Sports Betting & iGaming “BETZ ” ETF, which counts GAN, GVC, Flutter, and DraftKings amongst its top holdings.

Enthusiasm for iGaming and sports wagering in the U.S. market has not only taken the form of companies making their debut on public markets. Indeed, last week, ROAR Digital—the joint venture launched in 2018 between MGM Resorts International and GVC Holdings that offers sports betting and online gaming products in the U.S. as BetMGM—announced that MGM and GVC were investing additional funds in the venture. The added funds will bring their initial commitment of $200 million up to $450 million. BetMGM states that it is on pace to operate in 11 states by the end of the year.

These developments in 2020 are not an anomaly. In 2018, Flutter Entertainment—the parent company of such European wagering brands as Paddy Power and Betfair—acquired FanDuel, and in 2019 it acquired The Stars Group (the company behind PokerStars). In the time since the FanDuel acquisition, Flutter (which trades on the London Stock Exchange) has increased in value by over 50 percent.

If anything, the coronavirus pandemic has highlighted the success and versatility of online gaming, as both investors and the public at large have realized that iGaming does not just mean sports wagering. They see that iGaming also encompasses such other offerings as online casino, online poker, esports, and horse racing, all of which have managed to thrive during the time in which much of the country and world stayed indoors. Indeed, the clear market enthusiasm evidenced by the market debuts of DraftKings, GAN, and Golden Nugget (not to mention last week’s BetMGM news) has led to significant speculation as to which additional sports wagering and/or iGaming entities may be slated for a public offering in 2020 or early 2021.

One company that has already announced its intention to go public is DoubleDown Interactive, a creator of social casino gaming applications including DoubleDown Casino. DoubleDown filed a registration statement with the SEC last month, although it announced early this month that its IPO would be “postponed.”

Another company potentially ripe for an IPO is Epic Games—the creator of the smash hit video game Fortnite. CB Insights counts Epic Games amongst its list of “unicorns,” or private companies with a valuation of $1 billion or more. Although Epic Games more closely resembles a traditional video game company as opposed to a gambling operator, the potential for synergy with iGaming or other online gambling entities is present. This is especially true with the rise of betting on esports, which has been cleared for legal wagering in Nevada, New Jersey, Tennessee, and West Virginia.

Unity Technologies, another gaming software company on CB’s list of “unicorns,” has been the subject of IPO speculation since at least early 2019. Although Unity may be most well-known for its console and mobile video gaming software, it also markets itself as a developer of land-based, online, and mobile gambling and casino games.

With no shortage of iGaming businesses succeeding in the face of uncertainty in 2020, and considering the initial success of DraftKings, GAN, and Golden Nugget following their offerings, it will be fascinating to track the iGaming industry as a whole—with an eye toward new market entrants—in the post-pandemic world.