Daniel Werly, a veteran sports lawyer who brings experience from a wide variety of areas in the field, has been named general counsel of the Tennessee Titans. Werly, whose first day was June 8, replaces Burke Nihill, who was elevated to President/CEO. 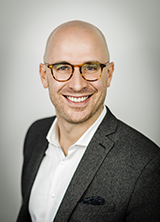 Werly, who is also an Adjunct Professor of Sports Law at Vanderbilt University Law School, left the GC position at the Nashville Soccer Club to move across town to the Titans.

Prior to that, he was co-managing partner, with Justin Sievert, of Sievert Werly, a boutique sports law firm. Leading up to that post, Werly was an attorney at Foley & Lardner and Drinker Biddle & Reath.

In addition to his role as sports law professor, he is also co-chair of the sports division of the ABA.

Nihill Was ‘Best Choice’ for the Job

Nihill, in his fifth season with the team, replaced Steve Underwood, who is retiring, a month earlier.

Titans controlling owner Amy Adams Strunk said  … (This story and dozens of others can be viewed in Professional Sports and the Law, a publication produced by Hackney Publications. Subscriptions are $295 a year.)