In late May, the “Power 5” conferences in the National Collegiate Athletic Association (NCAA) requested, in a letter to Congressional leaders, that Congress enact legislation granting them and other NCAA members an antitrust exemption in connection with their continued desire to restrict the ability of college athletes to market their own name, image and likeness rights (“NIL rights”), as well as federal rules, which would override the laws adopted by individual states explicitly authorizing these athletes to earn compensation from their own intellectual property rights.

Unlike other students, such as actors, musicians, and internet influencers, athletes have been prohibited by the NCAA from similarly being able to license and earn fair compensation from their NIL rights. At the same time, the NCAA and the Power 5 have earned billions of dollars in revenues from the efforts of these athletes, according to a press release.

Three law firms – Winston & Strawn LLP, Hagens Berman Sobol Shapiro LLP, and Pearson, Simon & Warshaw LLP – are representing the college athletes in FBS football and men’s and women’s Division I college basketball and have weighed in to oppose granting these conferences or other NCAA members any antitrust exemption.  The three firms are serving as class counsel representing the college athletes in the antitrust action pending in federal court, known as the In re NCAA Grant-in-Aid Cap Antitrust Litigation and recently won a major victory in the Ninth Circuit Court of Appeals, which unanimously affirmed a trial court decision striking down as antitrust violations NCAA and conference restrictions on education-related compensation and benefits that can be provided to these athletes.

In a joint letter to Speaker Nancy Pelosi, Majority Leader Mitch McConnell, Minority Leader Kevin McCarthy, and Minority Leader Charles Schumer, class counsel reviewed how the college athletes they represent—along with all other college athletes—would suffer if such an antitrust exemption were enacted, and how history has demonstrated that antitrust litigation has been the most effective tool in compelling the NCAA and its members to begin to take overdue steps to enhance college athlete welfare.  Indeed, the antitrust courts’ easing of the NCAA’s and conferences’ restraints of trade have uniformly benefitted conferences, schools, students, and fans.

As the joint letter states: “We urge Congress to decline the Power 5’s invitation to afford them or any NCAA-constituency with such a license to continue to enrich themselves at the expense of the athletes, many of whom come from disenfranchised and economically deprived communities and backgrounds.  College athletes are particularly vulnerable to exploitation and should not be deprived of their antitrust rights, which have proven critical in their protracted struggle to obtain a fairer system of benefits and compensation in light of the tremendous revenues that they generate and the sacrifices they make for their schools.”

“The long march to a fair compensation system for these college athletes has been making steady progress, but these advances have only come about because of the application of federal antitrust laws,” said Winston & Strawn Co-Executive Chairman and Sports Law Practice Co-Chair Jeffrey Kessler. “The efforts by the 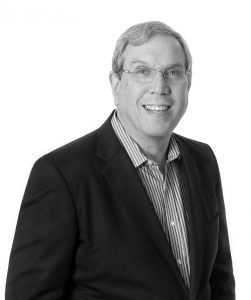 Power 5 and the NCAA to seek shelter from the same antitrust rules which apply to all organizations who engage in commercial activities is a shameful attempt to shield their billion dollar sports businesses from our nation’s principles of competition, which benefit not only the college athletes, but also their fans.”

“The NCAA’s system allows a seemingly limitless budget to compensate administrators, coaches and trainers, to construct lavish stadiums and facilities, and to secure the most lucrative broadcast and sponsorship agreements, while leaving college athletes – the ones making it all possible – constrained,” said Steve Berman, Managing Partner of Hagens Berman Sobol Shapiro LLP.  “History has shown that the antitrust laws have been the most effective tool to hold the NCAA accountable for these inequities.”