Miller will be responsible for managing the league’s communications and public affairs. He will maintain his health and safety portfolio in addition to taking on his new role. Miller will continue to report directly to Commissioner Goodell.

Since being named Executive Vice President of Health and Safety Initiatives in 2012, Miller has led the league’s ongoing efforts to improve the safety of the game. During his tenure, the league has driven innovation in protective equipment technologies and in the use of data and engineering to advance the game itself through rules changes and technique, in addition to supporting independent medical research and advancing overall player wellness. In 2016, the NFL and its 32 club owners pledged $100 million to fund those efforts as part of its commitment to continuously evolve the way football is taught and played, an initiative Miller has forwarded. The latest examples of that progress were on display last season when the league saw nearly 100 percent of players choose top-performing helmets, the permanent adoption of safety-focused kickoff rules changes, and a partnership with AWS poised to transform player health and safety using artificial intelligence and machine learning. 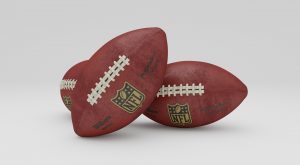 Miller launched the league’s Washington office as Senior Vice President in charge of Governmental and Public Affairs. In that role, he was the primary representative to federal and state governments, interacting regularly with the White House, Congress, and administrative agencies, as well as coordinating with clubs on interactions with governors, mayors and state legislatures. Inspired by Zack Lystedt’s story and his family’s advocacy, Miller led a national campaign to pass youth sports concussion laws in all 50 states. He also oversaw creation of the league’s philanthropic organization, NFL Foundation, and managed the league’s community relations department.

Prior to joining the NFL, Miller spent a decade on Capitol Hill where he was Chief Counsel and Staff Director for the Antitrust and Business Competition Subcommittee of the U.S. Senate Judiciary Committee. He earned his J.D. from University of Chicago Law School and his B.A. from University of Pennsylvania.

“Jeff’s experience – from policy development, to government relations and philanthropic endeavors, as well as continuing to champion our highest priority, the health and safety of players – makes him the right fit, especially today,” said Commissioner Goodell. “Jeff has the trust and confidence of club ownership, partners, and league colleagues alike, as health and safety efforts have collaborated with the competition committee and the football community at all levels.”