“Nancy Hogshead-Makar is a champion in every sense of the word—a renowned attorney, a tireless advocate for equal rights, and an Olympic gold medalist,” said Albany Law School President and Dean Alicia Ouellette. “She exemplifies the trailblazing spirit of Kate Stoneman and is an inspired choice to headline our next Kate Stoneman Day.” 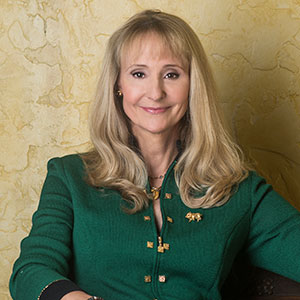 Hogshead-Makar recently led a multi-year effort to protect athletes from sexual abuse in club and Olympic sports, which culminated when a new federal law, the Protecting Young Victims from Sexual Abuse and SafeSport Authorization Act, was signed in February 2018.

Hogshead-Makar has testified in Congress numerous times on gender equity in athletics. She often serves as an expert witness in Title IX cases and has written amicus briefs representing athletic organizations in precedent-setting litigation, and is a frequent guest on national news programs on the topic, including CNN, ESPN, NPR, Fox News, MSNBC and 60 Minutes. Her book, co-authored with Andrew Zimbalist, EQUAL PLAY: TITLE IX AND SOCIAL CHANGE, has received acclaim since its release by Temple University Press. She was also the lead author of PREGNANT AND PARENTING STUDENT-ATHLETES: RESOURCES AND MODEL POLICIES, published by the NCAA.

Through her work, Hogshead-Makar has helped shape policy for girls and women. She has served on the NCAA Task Force on Gender Equity, and on the boards of Equality League, the Association of Title IX Administrators, the Aspen Institute’s Sport and Society, the One Love Foundation, and the World Olympians Association. Sports Illustrated listed her as one of the most influential people in the history of Title IX in 2007.

Hogshead-Makar capped eight years as a world-class swimmer at the 1984 Olympics, where she won three gold medals and one silver medal. She is a member of the Duke University Athletics Hall of Fame.

After the Olympics, she graduated with honors from Duke and earned her law degree from Georgetown University Law Center in 1997. She went on to practice law at Holland & Knight LLP in the litigation and public law departments. From 2003 to 2012, she was the Co-Chair of American Bar Association Committee on the Rights of Women. From 2001 to 2013, Hogshead-Makar was a tenured professor on the faculty at Florida Coastal School of Law in Jacksonville, where she taught first-year torts and sports law courses, including Gender Equity in Athletics.

Additional Stoneman Awards, given annually to individuals who have demonstrated a commitment to seeking change and expanding opportunities for women within the legal profession, will be announced at a later date.