With hopes that their children will earn college athletic scholarships or even make it to the professional leagues, many parents are spending a significant portion of their income and time on youth sports. According to a new survey conducted by The Harris Poll on behalf of TD Ameritrade, youth sports expenses 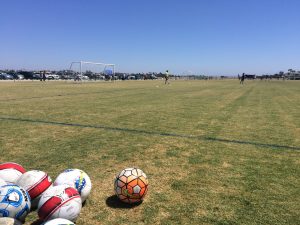 impact three in four (74%) American sports parents’ ability to save and invest for retirement.

Sports parents today are less likely to save for retirement and maintain a budget than they were three years ago. Nearly three-quarters of sports parents say the cost of youth sports has impacted their ability to save and invest for retirement, and dads are particularly concerned about this issue.

Betting big on scholarships, and even going pro, as the payoff
Parents are banking on their child receiving a college athletic scholarship as payoff for the investment they have made in their child’s sports. Parents are more confident that their child will receive a college scholarship than a few years ago, though the number who report having children who actually received one has dropped by half since 2016.

One in three sports parents hope their child will reach the Olympics or “go pro,” despite the very low number that actually make it to that elite level – and dads tend to be the most optimistic. In fact, 41 percent of dads expect their child to become a professional athlete.