Foley & Lardner LLP has announced that Bobby Sharma has joined the firm as special adviser to its Sports Industry Team. He will be based in the New York office.

Sharma comes to Foley with nearly 20 years of sports industry experience, including serving as VP & General Counsel of the NBA Development League, as well as SVP, Global Head of Basketball & Strategic Initiatives at IMG. His work in the sports, media and entertainment sectors has been expansive, including across professional sports development and management, finance, data and technology. Sharma is chairman of Blue Devil Holdings, an international sports, media and entertainment investment company, and recently co-founded the market-leading esports advisory firm Electronic Sports Group (ESG) in partnership with esports pioneer Mike Sepso and former HBO Sports president Ken Hershman. ESG helps investment and business leaders navigate and operate in the burgeoning billion-dollar esports industry. Sharma is also partner at GACP Sports, a private equity firm focused on high-growth sports and entertainment assets, including in European football.

With “unparalleled” business and legal experience in the traditional sports and esports industries, Sharma will further expand the depth and breadth of Foley’s capabilities and legal service offerings in these areas to benefit the firm’s clients in the sports industry and beyond. 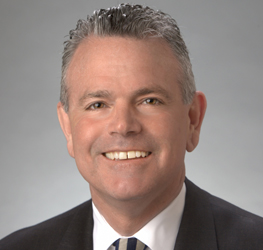 “Bobby and I were previously colleagues at the NBA, where we worked together to help establish and grow the NBA’s minor league system, including the evolution of its league and team structures, and their insertion points with NBA business and basketball operations,” said Jon Israel, vice chair of Foley’s Sports Industry Team.

Foley partner, and former president and chief operating officer of Major League Baseball Bob DuPuy, added “Bobby’s unique and extensive global experience, in both traditional sports and esports, make him an impact player in the sports, media, and entertainment industry today. Our firm and Sports Industry Team clients will greatly benefit from his involvement and advice on their projects and issues.”

While at IMG, Sharma led the growth of strategic business interests around the world, including the creation, development and management of basketball, soccer and cricket properties — from grassroots programs and academies, to national teams and professional leagues in major emerging markets such as India, Brazil, China, Turkey, Africa and Asia-Pacific. He also managed IMG Media’s global sales and distribution business for Euroleague and FIBA basketball properties.

During his time at the NBA Development League, Sharma helped lead the establishment of the NBA’s first minor league. He had management responsibility for all league and team businesses, operations and legal matters, including franchise administration, broadcast, digital media, sponsorship, marketing, licensing, tickets, arenas, employment, anti-doping and security. Sharma was also responsible for all league and team agreements, rules, policies and procedures, as well as the integration of the minor league into the NBA Collective Bargaining Agreement. He handled a variety of corporate transactional matters for the NBA, WNBA and the NBA Development League, including joint ventures and other innovative sports transactions relating to the acquisition, financing and operation of franchises. Sharma also led the creation of the NBA’s first international league consulting business unit.

In his role at Foley, Sharma will provide services to organizations, teams, leagues and other stakeholders across all professional and amateur sports on a range of subjects, such as league development and governance, team sales and acquisitions, media, sponsorship, licensing, data use and privacy, and technology. His work will include a focus on the rapidly evolving business and legal issues in esports, involving its broad and complex range of stakeholders — including leagues and teams, game publishers, technology and software developers, investors, media distributors, sponsors, and merchandisers.