(Editor’s Note: The following article was written by sports law professors Courtney L. Flowers, Ph.D. and Dwalah Fisher, Ed.D., of Texas Southern University, for Sports Litigation Alert about how the University of Louisiana-Lafayette’ softball team accused the university of civil rights violations. A subscription to the Alert includes access the largest sports law-specific archive of case summaries and articles in the world.)

On Oct. 8, 2017, Michael Lotief, then the head softball coach was placed on administrative leave from the University of Louisiana at Lafayette (UL). Lotief reported the suspension was due to retaliation for his gender equality advocation for the softball team. Lotief, who coached the Ragin’ Cajuns for 14 years, regularly complained about gender equity issues to the university. Contrarily, the university cited “subjecting student-athletes and coworkers to violent, vulgar language and verbal and physical assault” as motives for the termination (Askelson, 2017 & KATC News, 2018). Soon after Lotief was terminated from the university. 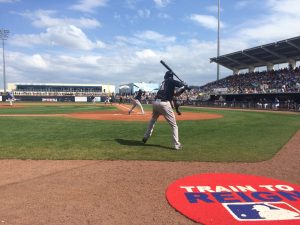 On Nov. 20, 2017, UL announced the hiring of Gerry Glasco as a replacement for Lotief. According to the allegations of the softball players, Glasco created a hostile environment which included racial, weight, and medical discrimination. In addition, Glasco along with the then team manager Shelly Landry, were also accused of showing favoritism towards players based on sexual orientation.

On May 1, 2018, nine UL softball players filed civil rights complaints alleging gender discrimination and harassment against the institution. After the filing of the softball players, Lotief field a lawsuit against the University, UL President Joseph Savoie, Jessica Clarke Leger, the Deputy Director of Athletics/SWA, and the Director of Athletics, Bryan Maggard in 19th Judicial District Court in Baton Rouge.

In the petition, Lotief alleges, “Title IX retaliation, defamation, discrimination because of his health disabilities, the wrongful conversion of property and breach of contract” (KATC News, 2018).

Allegations of the Softball players

A key component of the nine civil rights claims was gender equity. Similarly, they argue the institution omitted maintaining the quality of the softball facilities in comparison to the football facilities per Title IX of the Educational Amendment of 1972.

Title IX of the Education Amendments Act of 1972

Title IX of the Education Amendments Act of 1972 is a federal law that states: “No person in the United States shall, on the basis of sex, be excluded from participation in, be denied the benefits of, or be subjected to discrimination under any education program or activity receiving Federal financial assistance.” As a component of the educational system, the UL athletic department is required to comply with Title IX. Further, the Department of Education states, “The regulation (34 C.F.R. Part 106) implementing Title IX contains specific provisions relating to athletic opportunities. It also permits individual institutions considerable flexibility in achieving compliance with the law.” Although Title IX does not speak directly to the maintenance of softball facilities it does require that all UL athletic facilities should be equivalent in quality.

Aligned with the claims of the softball players, Lotief cited in his lawsuit that he regularly maintained the softball fields due to neglect of the university. However, his maintenance of the UL fields does not relieve the institution of its responsibility to comply with Title IX and provide equitable fields for all UL student-athletes.

Allegations of discrimination and harassment

In addition, the claimants also cite allegations of medical discrimination by softball coaches. For example, claimant Chelsea Lotief reported she was on medical leave from the team “due to severe stress” attributed to the discrimination she experienced while participating on the softball team (Lotief, 2018). In addition, she cited that against the request of her doctor that she not be contacted by the UL coaches, she was repeatedly contacted by the softball team coaches (Loteif, 2018). Also claimant Alyssa Denham cited she suffered a lower back injury and was not provided medical attention from the university (Denham, 2018). Further, former player Teryn Pritchett reported she notified UL of her diagnosis of anxiety, depression, and ADHD and was not provided sufficient academic support by the university (Pritchett, 2018).

In a released statement, President Savoie stated “My wife and I have been dedicated supporters and fans of this program for years. After games, we would often congratulate the team with hugs and high fives, always together. These interactions were always done in public, with many witnesses. To imply anything inappropriate happened is ludicrous.” (as cited in Foote, 2018).

The report also highlighted sexual orientation discrimination. In her claim, former softball player Kimber Cortemelia alleged she was discriminated against by Jessica Leger and Shelly Landry due to her sexual orientation. Specifically, her claim alleged after the firing of Coach Lotief, the new softball coaching staff, including Landry, gave preferential treatment to homosexual players on the team in reference to practice time and play time in games. Further, Shae Schreckengost stated her teammate Alissa Dalton reportedly gave her and other softball players “unwanted lap dances” and was not reprimanded for her behavior by head coach Glasco or the coaching staff (Schreckengost, 2018).

The civil rights claims also included racial discrimination allegations. An African American softball player, Aleah Craighton, reported being called the ‘n’ word by her teammates and their parents. Further, Craighton cited that she reported this incident to UL administrators and no action was taken (Craighton, 2018). Moreover, Coach Lotief also reported the racial slur incident to UL administrators and again no action was taken (Foote, 2018).

The claimants also reported the softball environment changed under the direction of coach Glasco. Particularly, the reports alleged Glascso created a hostile environment for the softball players which included weight and injury shamming by the coach (Cortemelia, 218, & Denham, 2018; Grotenhuis, 2018 & Koeppen, 2018). In addition, claimant Sarah Koeppen cited that Glasco “cultivated a climate of fear” for softball athletes.

The University of Louisiana at Lafayette cited that Lotief was terminated due to violating the university’s sexual conduct and violence free workplace policies. More specifically, the institution cited that Lotief subjected co-workers and players to a “mentally and physically hostile environment.” This notion was addressed in Lotief’s lawsuit, “Lotief was not perfect. He, on occasion, showed a temper or said a salty word but he always showed a compassionate heart and a glowing grin and wonderful sense of humor.”

Moreover, Coach Lotief’s petition substantiated the claims of the former softball players and provided a glimpse into his career as a UL coach, discrimination he allegedly received from President Sovie due his medical conditions, breach of contract, failure of the university to return personal property, defamation, and retaliation due to his advocacy for the softball team.

Also, like the claims of the players, Lotief also cited the of lack of access to physical trainers and physicians. In addition, the claims also addressed the university’s failure to pay the assistant softball coaches for months. Also, Askelson (2017) reported that Lotief asked the university to use his $21,000 bonus in September 2017 to ensure that assistant coaches were paid.

According to the lawsuit “Lotief was terminated for engaging in activities protected by Title IX of the Educational Amendments of 1972.” In addition, the suit states “Lotief is a whistle blower and should be afforded all protections under the law.” Lotief also alleged that UL forged a campaign to defame his character with false information disseminated by Savoie, Legger, and Maggard which questioned the plaintiff’s credibility as a coach and his equal treatment of female athletes. Lotief alleged he suffered emotional distress and mental anguish due to the defamation.

Courtney L. Flowers, Ph.D. is an Assistant Professor of Sport Management at Texas Southern University. Her research examines the racial and gendered barriers that embody Title IX policies and practices in the interscholastic and intercollegiate athletic systems.

Denham, A. (2018, May 1) Office of Civil Rights Claim of Alyssa Denham. Retrieved from, https://www.documentcloud.org/documents/4883142-Alyssa-DenhamComplaint.html

Department of Education. (n.d.) Requirements Under Title IX of the Education Amendments of 1972. Retrieved from, https://www2.ed.gov/about/offices/list/ocr/docs/interath.html