The Arizona Coyotes organization has announced that Ahron Cohen – who has served in a number of leadership roles with the club including Chief Legal Officer – has been named the organization’s President and Chief Executive Officer by Coyotes’ owner Andrew Barroway.

Cohen replaces outgoing President & CEO Steve Patterson, who will continue to advise the hockey team as a consultant while pursuing outside business ventures. 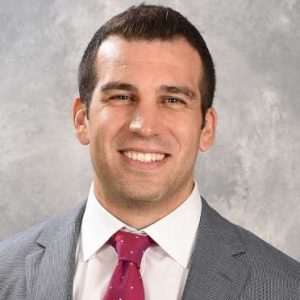 “I want to thank Steve for all of his hard work and the many contributions he made to help guide us through a period of transition,” said Barroway. “It takes a unique leader to steady the ship in rough waters and Steve did just that following the organizational changes last summer.

“Steve leaves the team better than where he found it as he helped position us in the right direction. We wish him all the best in the future.”

Cohen joined the Coyotes in 2015 as the team’s General Counsel. He added the COO role two years later. In these positions, he oversaw the team’s business operations and legal matters, strategic arena planning and government relations.

“Ahron is a rising star in the National Hockey League and a leader in the Phoenix community. I couldn’t be happier to name him as our CEO,” said Barroway. “Ahron is a tireless worker and he brings real vision to the job. With John Chayka running our hockey operations and Ahron leading the business, the Coyotes continue to be in great hands. I wouldn’t trade our future with any team in the NHL.”

“I’m humbled by the opportunity to lead the Coyotes as our President & CEO,” said Cohen. “I’ve loved every minute working with this team; for what we’ve achieved building the game of hockey in the Valley, for how we’ve positively impacted our community, and what we’re poised to do in the future – both on and off the ice.”

Before joining the Coyotes, Cohen practiced as a corporate attorney at Snell & Wilmer L.L.P. in its Phoenix office. He attended law school at the Sandra Day O’Connor College of Law at Arizona State University. Prior to law school, Cohen played running back at Bowdoin College.

Cohen’s community involvement includes serving as a Board member for Big Brothers Big Sisters of Central Arizona, the ASU Sports Law & Business Advisory Board, the Arizona Sports & Entertainment Commission and the ASU Law School Alumni Board.

Ahron and his wife, Dana, and son, Carson, reside in Phoenix.